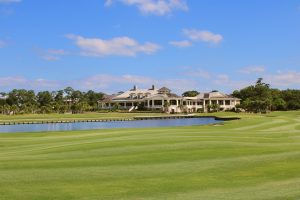 Some time ago it seemed that nothing would surpass (or at least not so soon) the success that applications like TikTok have achieved . However, to our surprise, it seems that the new public conversations have found a new channel: the voice. And Clubhouse is at the forefront of this new trend.

Clubhouse is an application that has recently been on everyone’s lips, mainly since it has had important debates such as the one held by Elon Musk with Robinhood CEO Vlad Tenev, regarding the GameStop case. However, the list of things that have happened since its release goes beyond this.

How does Clubhouse work?

Clubhouse is based on audio-chat. It is organized from public rooms in which any user can start one or join one in which more people are.Later inside the room, the dynamics is simple: a certain number of people can speak, while the rest are dedicated to listening (not that they have any other alternative). In case you need or want to participate in the conversation, the app has a function that allows you to raise your hand, allowing you to speak.

Conversations are not saved or available for replay, forcing participants to pay close attention. Although, thanks to current technology, it is not impossible to obtain any record of the chats (for example a YouTube user, live broadcast an Elon Musk chat room).

The way to track topics of interest works in a similar way to other applications; Only the topics in which you want to participate should be selected beforehand and notifications will be received when someone starts talking about something that we have previously marked as part of our interests : technology, books, business or health, the more information, the more chat rooms will be recommended.

Due to the predominant use of the audio format, Clubhouse is reminiscent of a podcast or radio show.Although many people use the application to chat with their friends, the presence of various personalities suggests understanding it as another channel to listen to what different people may say through it; perhaps in the same way that official accounts of other well-established social networks are also used, especially Twitter. However, one of the most important differences it has with other platforms is that it has currently avoided restrictions in front of different governments around the planet. These are features that are not shared by popular social networks.

What has made Clubhouse popular?

Despite the fact that Clubhouse is mostly used by American people (since it was born there), it has currently gained great popularity in other countries such as China, Brazil or Turkey, and it is expected that in other nations it will also become the most popular application in the near future. . 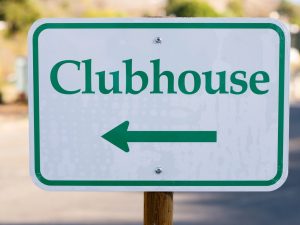 In addition to sending the message of important public figures, this app has also become a tool for users who are limited in other spaces.This is the case of users in China, who use it to talk about topics that are regularly censored on other platforms or spaces. Thus, it has achieved popularity among various activists around the globe.

Unfortunately for users in the Asian country, as of February 8 of this year, Clubhouse was no longer available, as the Chinese authorities officially blocked internal access. On the financial side, according to Forbes , risk investors have valued it at more than $ 1000 million, which is quite a lot for an application that still has no way of generating money. Especially for a startup that in May 2020 was valued at $ 100 million and had just 1,500 users , a figure that has risen to more than two million. 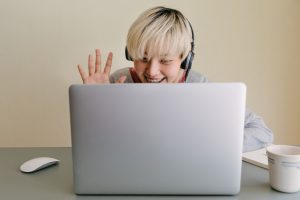 Since December of last year the beta was opened to make calls and video calls in the desktop application for some WhatsApp users . Now that this phase is over, all users of the Facebook messaging service will be able to get in touch that way, and here we explain everything.

How to make WhatsApp calls and video calls from PC?

Later you must install it as a normal program.

When the installation is finished, you must access your phone and scan the QR code that appears in the desktop application.

Once inside WhatsApp desktop, select a contact from your phone to make the call or video call. To do so, you just need to click on the icons that appear next to the contact’s name.

Once the button is pressed, a secondary window will be displayed.

The name of the contact, the time spent on the call, a voice animation and the following call controls will appear in the call window: mute, hang up and switch to video call.

As for video calls, the same elements will appear as regular calls, only the voice spectrum is removed and the webcam image is added.

In both options there is a menu in which you can select the devices with which you can make calls: cameras, microphones, audio outputs and if you want to superimpose the window on others.

With these instructions you can now make calls from the desktop of your Windows PC or MacOS. As a note, calls are fully compatible between devices, since you can call from a PC to a smartphone and vice versa.

This new option allows you to make calls from the comfort of your desktop or laptop PC without having to take your phone out of your pockets or disconnect it from the charger.

What do you think of this new option, is it useful for you?